Thursday 27th of February saw the technology “movers and shakers” (no pun intended) of Wellington gather to be acknowledged at the annual Deloitte Technology Fast 500 Asia Pacific Awards. The Technology Fast 500 index is an annual ranking of the fastest growing technology businesses, according to their revenue growth over the past three years. The index sets the standard high for growth technology businesses in the Asia Pacific region.

This is the second consecutive year that Tourwriter has gained a ranking within the Top 500. This year the business was ranked 397th, something the team is extremely proud to achieve. Deloitte Private partner Stephen Nicholas spoke of how New Zealand businesses are performing exceptionally well within the index. 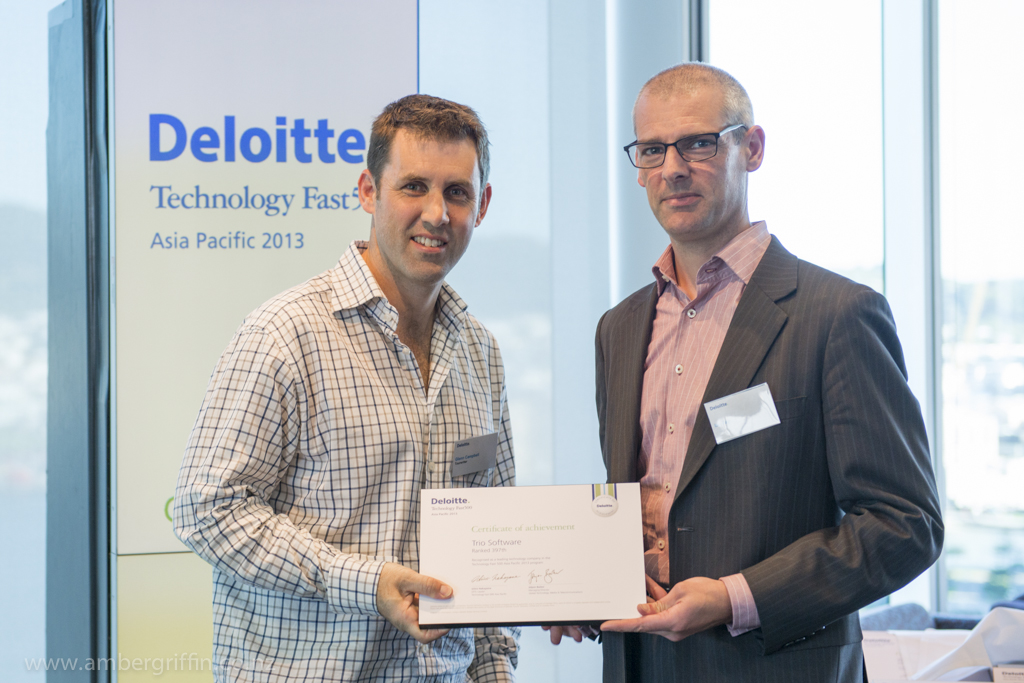 “These results clearly show that despite the relatively small New Zealand market, hard-working innovative Kiwi firms have been able to outperform companies from many larger countries, not only matching the total contribution to the index of technology powerhouses like Japan but also earning more spots among the top 100 than all other countries except China,” says Mr Nicholas. Wellington businesses, in particular, performed extraordinarily well, with 16 businesses making the index.

The awards were held at the Deloitte boardroom and featured guest speaker, Linc Gasking. Linc has a long and successful history of being involved in start-ups. His first being CountingDown.com, which he co-founded in 1998. In 2000 this site was acquired by DreamWorks for US$23 million. As a co-founder of learning community Chalkle, he was a finalist for Wellingtonian of the Year in 2012 and named an Absolutely Positively Wellingtonian in 2013. Linc gave an insightful overview of global entrepreneurial ecosystems based on his research for accelerating a healthy high tech ecosystem.

In 2012 Tourwriter set a goal to feature in the index three years in a row, with 2013 bringing us a step closer to achieving this. While this is a focus of the team, we are also extremely dedicated to strengthening our systems to ensure clients continue to prosper and thrive with our product. It is important to us that we continue to improve our current business practices, which have made Tourwriter so popular for small to midsized Tour Operators to date. Without our valued clients, we wouldn’t be in the position we are now. So thank you, we really appreciate it, and we look forward to seeing how we can advance our services and ranking next year!