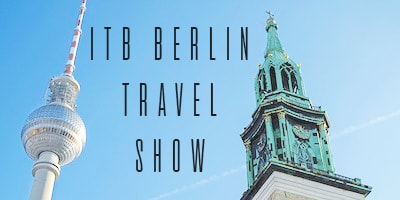 Tourwriter took the opportunity to have a presence at the “World’s Leading Travel Trade Show” ITB Berlin 2015 where we were able to meet with tour operators from around the globe and keep updated with what’s happening in the world of travel.

Dennis Brown, European Business Development Manager shared a stand as a member of the European Tourism Association (ETOA). The stand included ETOA themselves as well as eleven other members all from different areas of the tourism industry including NikiDMC, Europe Incoming Tour Operator,  Evan Evans Tours (London) and Hard Rock Café.

Over 115,000 trade visitors and 10,096 exhibitors from 186 countries attended ITB 2015 to do business and learn about the latest trends in the travel industry. Stands varied from small tables to elaborately decorated stands the size of a tennis court. Simple brochures to highly-interactive displays greeted visitors to the stands.

Tourwriter made some good contacts and met up with some of our current clients which made a nice change from emails and phone calls. Having a permanent presence in Europe has already proved to be a big positive for TourWriter as we continue to consolidate our international presence.

The closing reports summarized the trends at ITB Berlin 2015 mentioning the massive rise in the use of mobile devices to book trips, a phenomenon that has now become the norm. Improved software means that travel websites are becoming more attractive and easier to use. Travel apps are developing rapidly and becoming evermore widespread with the use of latest-generation smartphones. At the eTravel World, numerous experts debated the latest developments in digital marketing, social media, and mobile travel software. The 40 percent increase in papers and discussions held on the eTravel Stage and at the eTravel Lab showed how important these topics have become for the travel industry.

The ETOA stand was located in Hall 9 of the massive 26 hall complex. We shared our hall with large hotels from around the world. Most halls were grouped by country so, for example, all exhibitors from New Zealand were grouped together. Nearly every country in the world was represented and all of the halls were full so it took some time if you wanted to visit them all.

Whilst the Tourwriter booth was fairly simple for our first time at ITB some exhibitors invested heavily. You could climb aboard a Viking ship, challenge yourself on a rope obstacle course, compete with your colleagues in a battle of mind control then sip champagne in a luxurious hotel bar. There were also costumes and cultures from over 180 different countries.

Dennis has made some great contacts and has already begun the process of following up. If you missed the chance to meet with Dennis we are planning on attending more events in Europe as well as ITB Berlin 2016.

Get in touch now if you’d like to know more about ITB Berlin 2015, ETOA or you are interested in meeting to talk Tourwriter.