Meet a Kiwi Entrepreneur Who Turned His Back on Corporate Life and Shook up the Travel Software Industry. 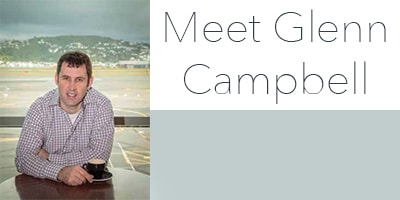 First published online at www.charteredaccountantsanz.com thanks to Jennifer Black

Despite a passion for accounting and the skills and talent to score high-flying corporate jobs after leaving university in the 1980s, the corporate world just wasn’t a good fit for Glenn Campbell CA.

The Wellingtonian knew he wanted to be an entrepreneur, but with the sharemarket crash of 1987 coinciding with his first year of university, he “fell into the corporate world” instead.

Campbell began his career with Audit New Zealand and embarked on his first entrepreneurial endeavor in his spare time. 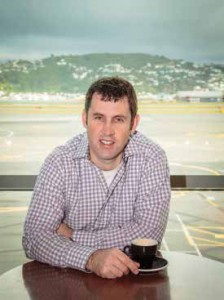 He and his wife started making and selling brightly-colored ties – a business so successful it helped fund the deposit for their first house.

“Back in the early nineties corporate Wellington was really drab and I hated that,” he says.

He continued working full time, but even a change of job couldn’t state his desire to try something new. This was the 1990s when the internet was really starting to permeate society, and the idea for his first real company came about.

After struggling to make bookings online to go to a wedding in Ireland he and his travel agent wife, Denise, and an internet savvy brother-in-law combined their skills to create
their own online travel booking company, Experience New Zealand Travel (ENZT).

The timing was favorable, as the concept of making travel bookings online was very new.

“We didn’t really focus on hotels, rather upmarket B&Bs. Around that time the New Zealand dollar was fairly low and Americans were travelling – it was a boom time for New Zealand tourism.”

This business grew quickly, and Campbell decided to devote himself to it full time. But he was aware of the risk.

“Obviously the big corporate life is fairly financially secure and [then employer] National Bank was no different.”

But he believes people need to be inspired by what they’re doing.

“I’d explored the investment analysis side of things and worked out that I didn’t really like the corporate life – it wasn’t dynamic enough for me, it wasn’t interesting enough for me.

“At the end of the day a bank is just about moving money, so I wanted to get back to doing something that I had a real passion for. And travel is one of those things.”

ENZT’s quick success saw it feature in the Deloitte Asia Pacific Fast 500 Technology Companies for three years in a row. But as the company, and the staff grew, so did a problem – the need for a system by which to run the business. This included managing suppliers, rates, contact details, assembling itineraries and automating bookings.

“We just couldn’t find anything because the type of company was so new there wasn’t any software that suited our needs.”

Campbell and two other tourism operators in a similar predicament pooled their resources and created their own software, Tourwriter while continuing with their respective businesses.

News of their travel booking system spread and within a year Tourwriter had 25 clients.

By 2006, Campbell’s challenge was juggling ENZT while Tourwriter was gaining momentum. He decided to sell ENZT to concentrate on Tourwriter.

At the time there was “a lot of money floating around internet businesses,” Campbell says, and the company was approached by an Australian business that was buying up a number of companies based on multiples of earnings.

“It was a good opportunity to get out.”

He took a risk and delayed the sale to base it on earnings from the coming year. However, by the time he was ready to sell, the rumblings of the GFC were starting, and the Australian business had all it’s US funding pulled.

Luckily, through the business networks he’d developed, he found a company looking to diversify. With all the hard work of preparing for a sale done, a speedy sale ensued.

Around this time the global financial crisis hit and inbound travel inquiries declined – something Campbell saw as he helped out with ENZT during the transition period.

“They just bought at the wrong time and I got out at the right time,” he says.
Tourwriter’s leads also dried up, but the business coped by making cuts wherever it could.

Campbell had the capital to fall back on after selling his first business, so Tourwriter was never really in any danger. But his co-directors weren’t in such good positions, with one going bankrupt and the other selling their business. Tourwriter rode out the GFC, taking stock, refocusing and considering strategies.

Campbell says he never thought about giving up as he believed in his product.

“I knew that the software would make a real difference to tour operators, and they were still out there. They were just going through hard times and more than ever they probably needed the software that we had developed.”

When the economy started improving in 2009, Tourwriter was ready to accommodate interest from offshore. Now in 25 countries, including Albania, Egypt, Brazil and Turkey, Campbell always intended Tourwriter to go global.

“We still don’t think we’ve made it – our goal is to be the leading software company for smaller to mid-size tour operators in the world.”

A key to the company’s success has been expanding the product to include group travel, which enabled Tourwriter to reach a larger market share.

“We ended up gaining some high profile clients, like All Blacks Tours.”

Tourwriter’s biggest win this year has been getting Tourism New Zealand on board – with 30 regional tourism organizations. The company is looking to open an office in Europe to mitigate some of the challenges of “being stuck down here in one end of the world”.

One challenge this entrepreneur has encountered is making decisions without a lot of guidance.

“When you’re in your own company you’re often making decisions in isolation, based on what you’ve read, but sometimes you still have to make the mistakes to learn the lessons.”

Some of his greatest lessons have been around hiring staff, and around finding a work-life balance.

As it continues to grow, Tourwriter has three software developers in India and two in the Philippines who work from home as independent contractors.

When considering what in his work history makes him most proud, Campbell says it’s taking a concept developed in New Zealand to the world.

“Proving, once again, Kiwi software companies can do it on the global stage.”