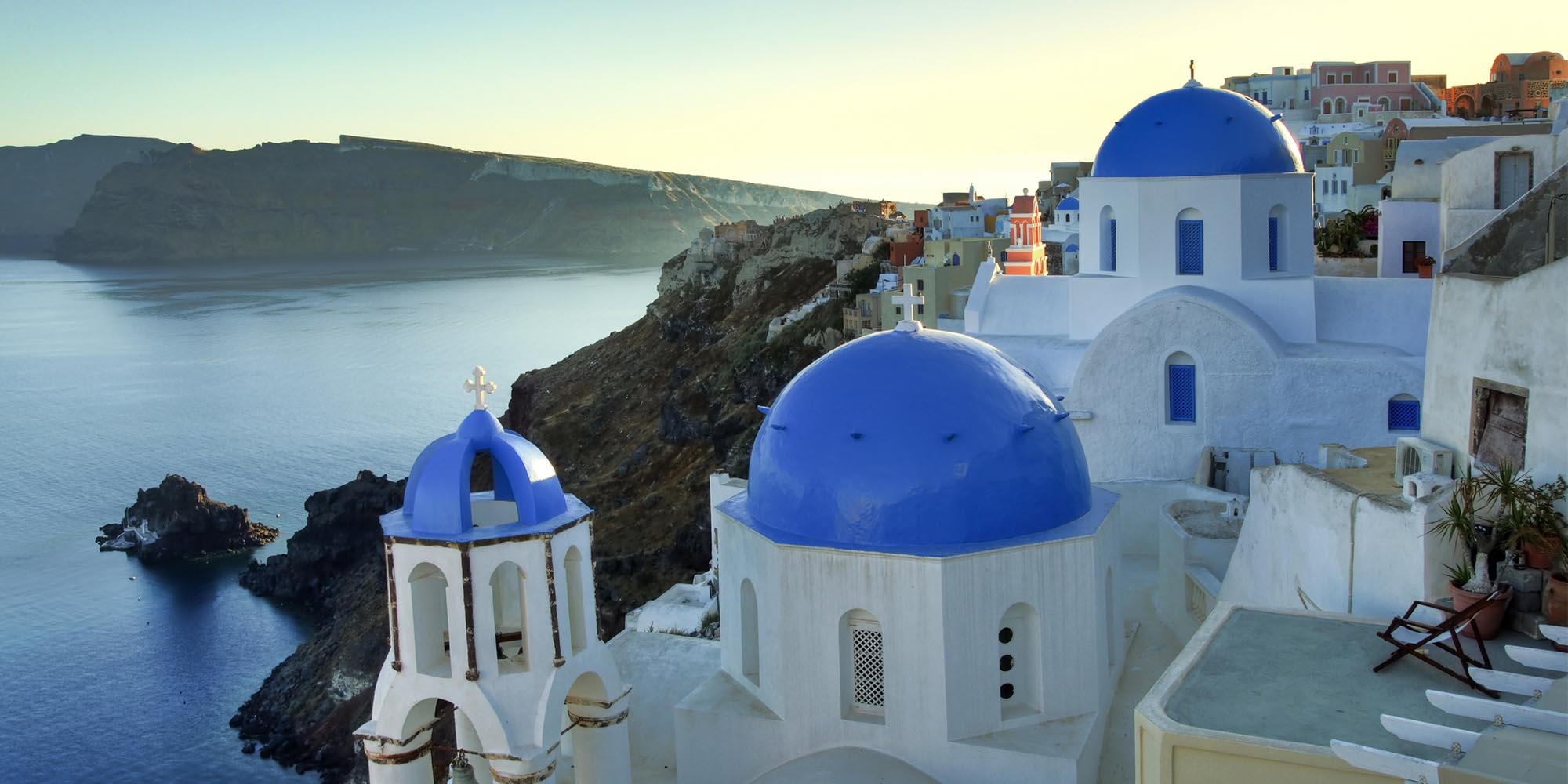 Asimina Tours is a boutique tour operator based in the United States, specialising in luxury tours throughout Greece, Turkey and Italy. They live by their belief that the best and most meaningful travel experiences come when journeys are tailor-made by designers with specialist knowledge. For Asimina Tours, it’s this marriage of passion and expertise that enables them to design exquisite travel itineraries that deliver ‘the trip of a lifetime’ for their travellers. It’s not surprising that this very special tour operator has a loyal army of engaged customers singing their praises.

This tour operator was established in 2005, however, their story goes a lot deeper than that. When establishing her business, Stella Gressis knew that the building blocks of it had been in the making since 1952. How Asimina Tours came to be is a beautiful story, one that comes from the heart. It is a story about family, travel, and love. 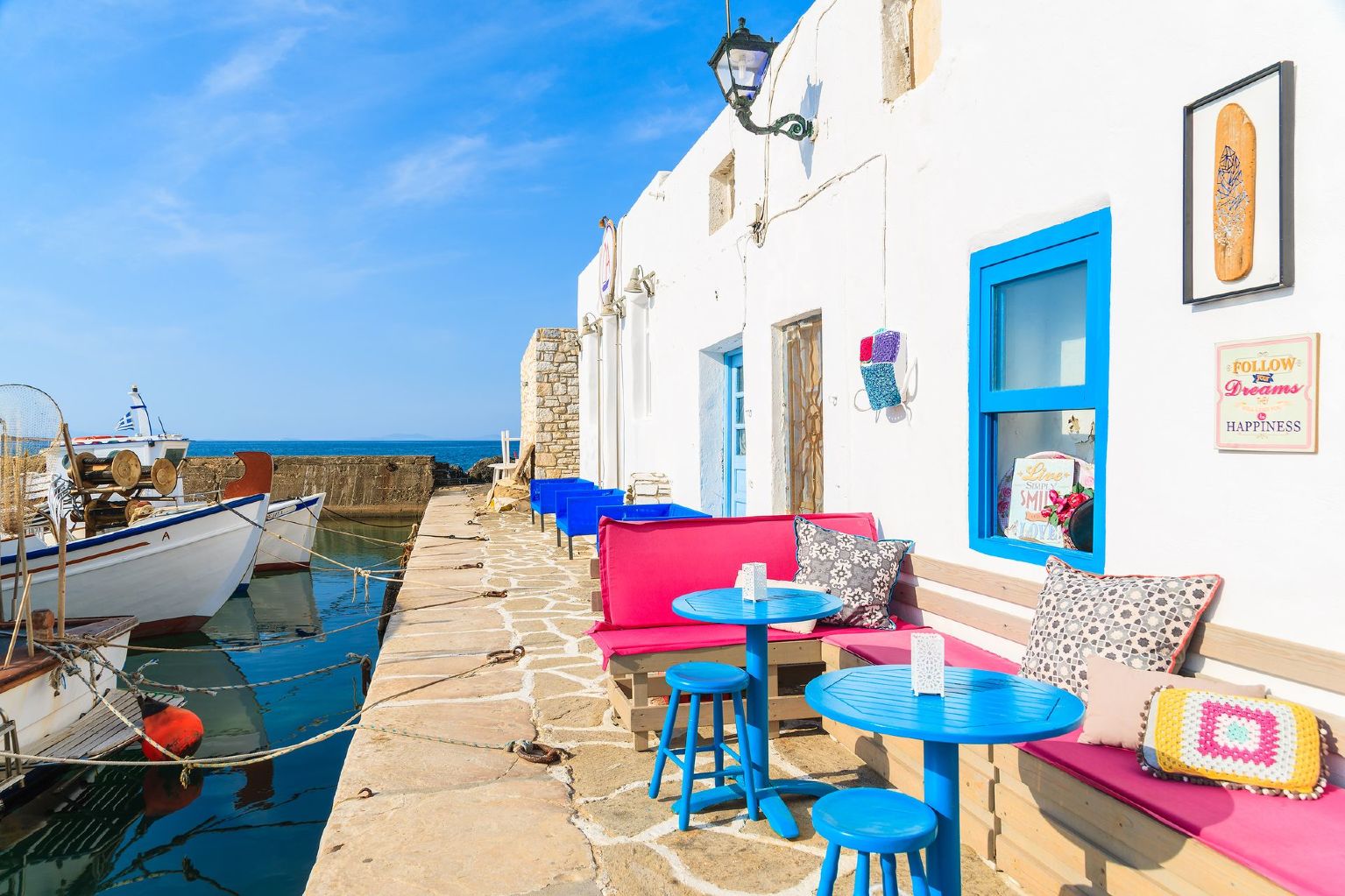 Asimina’s story begins in Greece when Stella Salomon has her third child: a daughter she and her husband Louis Glinos named, Asimina. Tragically, just a few years later Stella passes.

Asimina’s father, Louis Glinos remarries, times grow difficult and sadly Asimina becomes estranged from her father, her half brother, Richard, and her half sister, Irene. With just a blink of an eye, 50 years pass without Asimina having any contact with her two siblings.

During these years, Asimina meets her love and starts a family with her husband Petros. Asimina’s daughter, Stella (named after Grandmother Stella Solomon) quickly develops a love for travel and begins working within the airline industry. 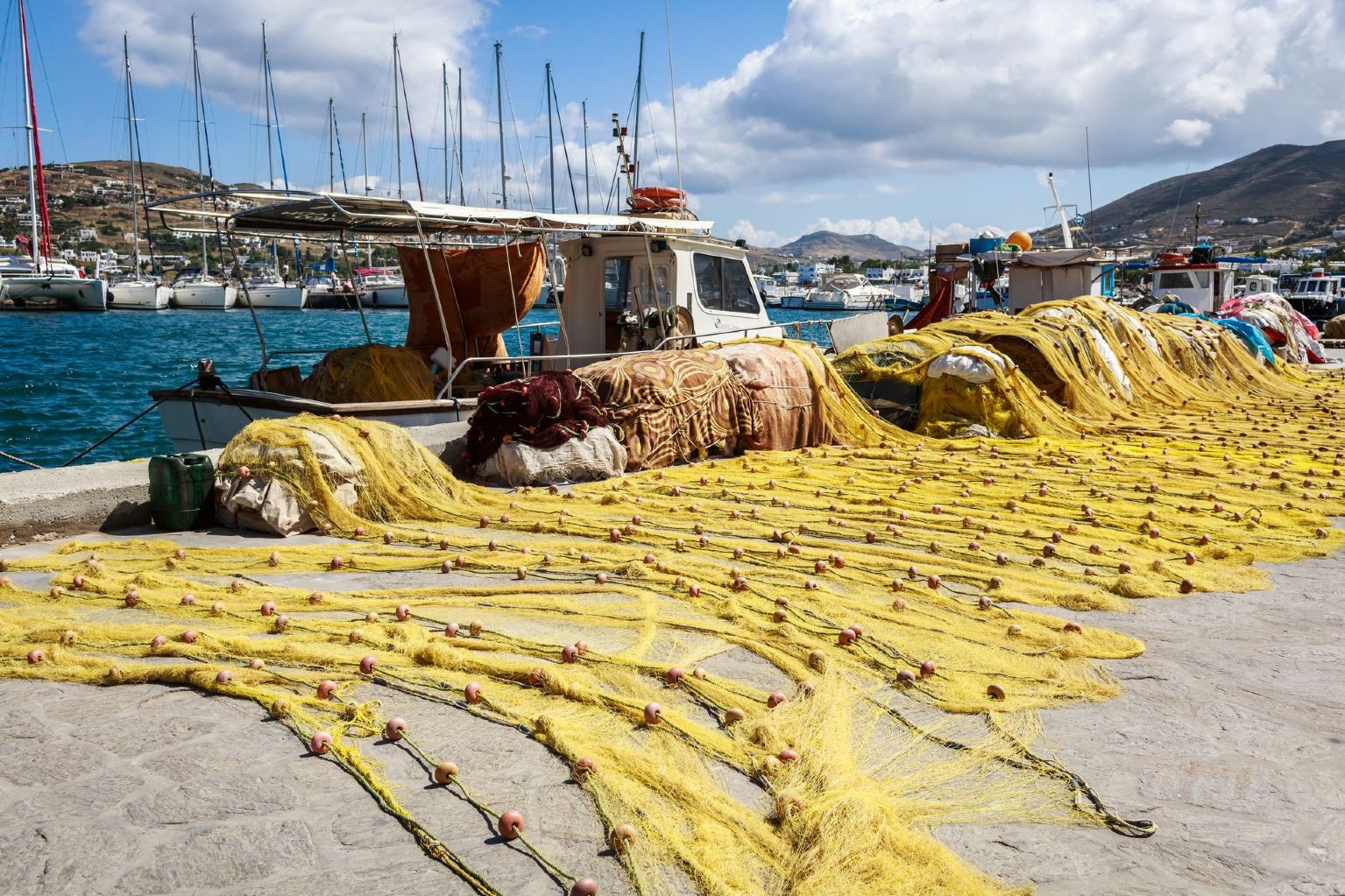 After September 11th 2001, the airline industry goes through a period of turmoil. Stella moves to Virginia to work for a small tour company where she ultimately becomes one of the top salespeople for travel to Greece, Turkey and Italy. Four years later Stella chooses to take a leap of faith. Armed with confidence in her ability and a passion for Greece, Turkey, and Italy, she launches her own tour operator company, Asimina Tours; an ode to her mother.

It was the name of her company that gives this story the twist that provides an extraordinary and delightful ending. In 2013, after 8 years in business, Stella received an online enquiry from a potential customer, Angela, who wanted to book a honeymoon. At first this looked like a routine customer enquiry, however, it is the note at the end of the email that captures Stella’s attention. Angela, having read the story of Asimina Tours, talks of her father Richard, and his sister, Irene, who are searching for their long lost sibling, Asimina. 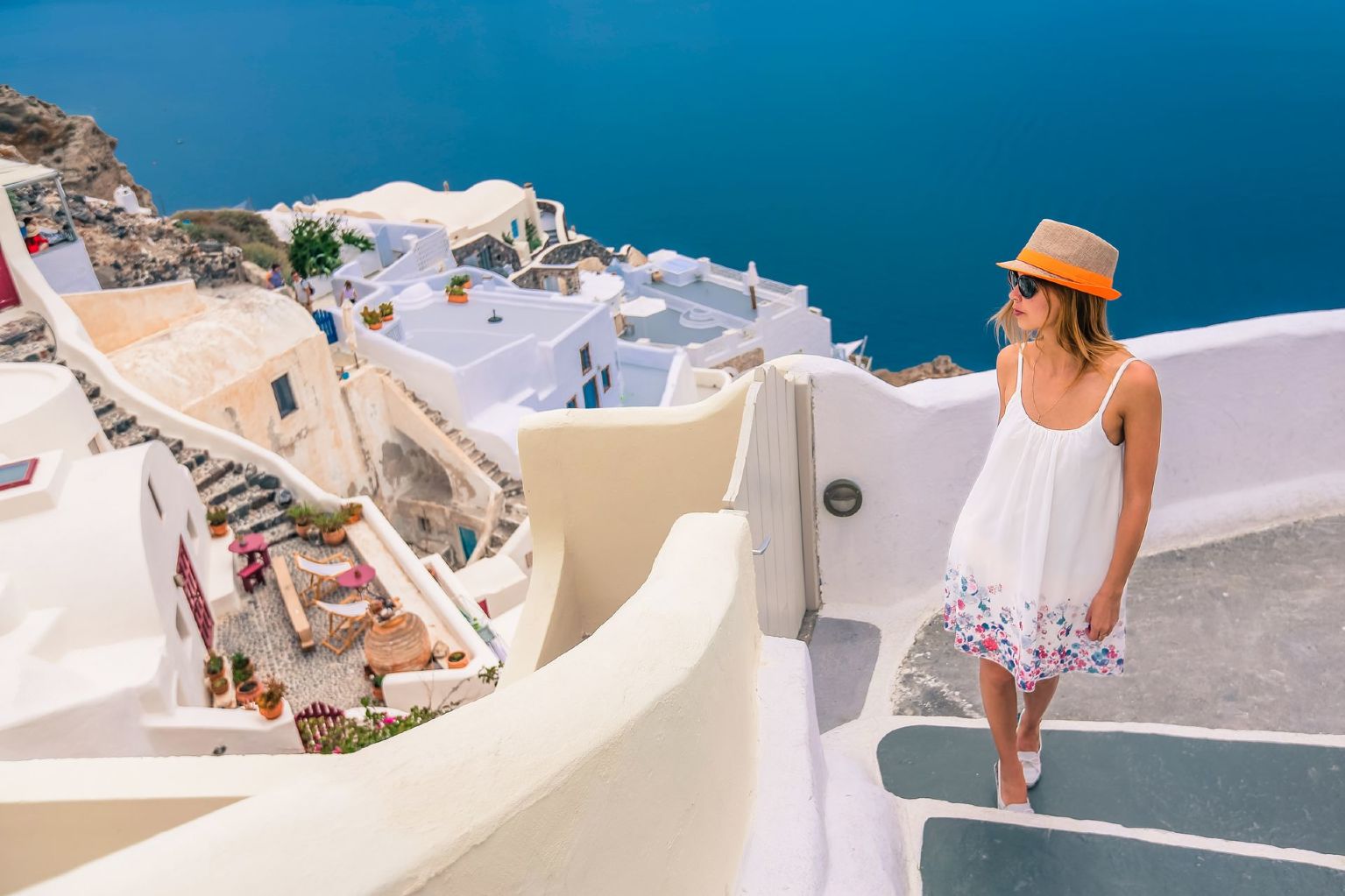 In a heart beat, their worlds change. Asimina is reunited with her family at Angela’s wedding in 2013.  The siblings now vacation together every year in Greece, the country of their birth. The reunion has been a dream come true for Asimina, and the end of all the years of wondering.

As a tour operator, Asimina Tours pride themselves on their personal, connected approach to travel design. For many luxury tour operators this fact is also true, but for Asimina Tours their approach is inspired by a story more than 60 years in the making. 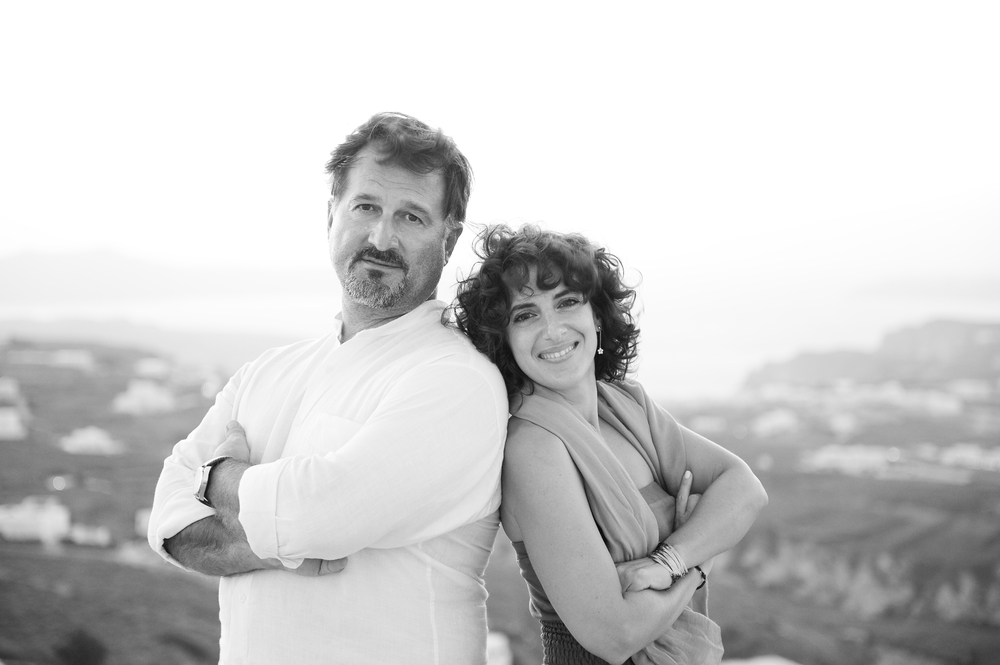 Stella and her husband, Dimitri

Now, continuing her business journey with her husband, Dimitri, who Stella met whilst visiting a supplier in Santorini, it is abundantly clear that love, passion and culture runs deep within the fabric of this family. Unsurprisingly, it’s these values that have also deeply influenced the itineraries they create. In keeping with the story of how Asimina Tours came to be, the itineraries this tour operator crafts are breathtaking, life changing and wonderfully delightful.

In 2015, as Asimina continued to flourish, Stella reached out to Tourwriter, another family owned business based in Wellington, New Zealand. It is working with Tourwriter’s tour operator software, that has enabled Stella to grow her business even further. 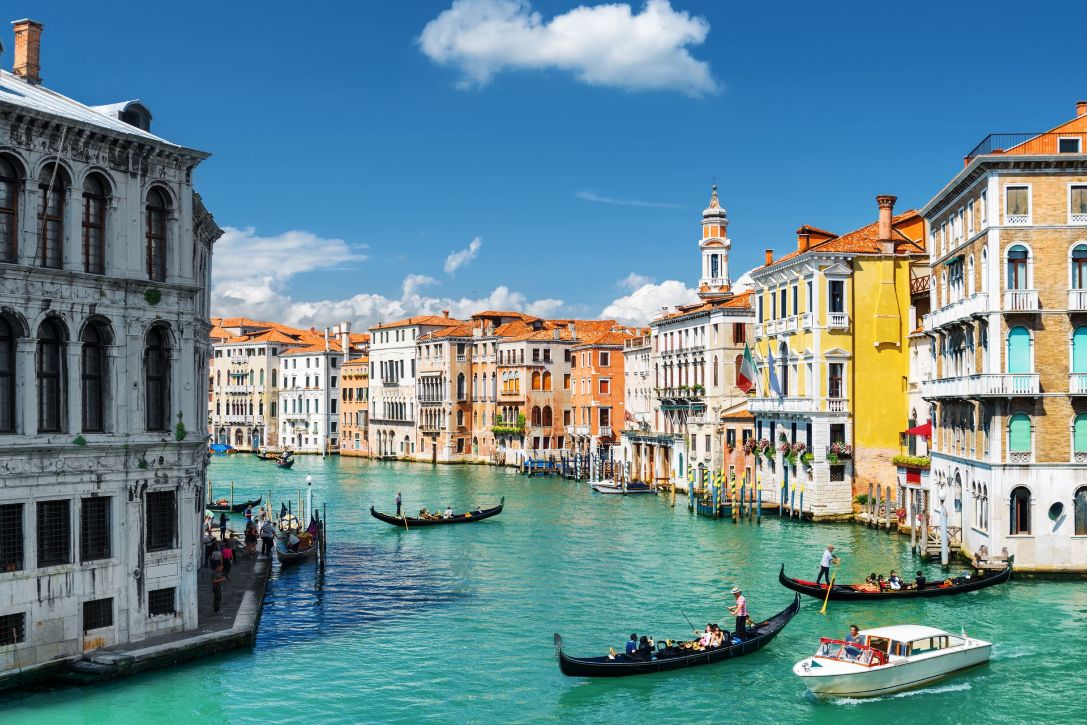 Signing up to use Tourwriter was not Asimina Tours’ first interaction with tour operator software. In fact, Stella had been using another system. “We had a program from another company that no-one was working to improve it or to keep it up-to-date with the current technology. There were many bugs in the system as well,” explained Stella. “The software company’s technical support was taking forever to answer…we had to manually fix things to tailor make it to fit our needs,” she added.

Stella quickly recognised that Tourwriter was a system backed by a team who understood the nuances of running a travel business like Asimina Tours. “We migrated to Tourwriter because we felt that there was potential for future growth. The cost of Tourwriter was also reasonable compared to other tour programs,” said Stella. Stella added, “the platform is user friendly and it’s fast, which is especially important for us as we work from different parts of the world.”

Stella hasn’t looked back since making her decision 3 years ago to leave her old tour operator software and begin a new chapter using Tourwriter. 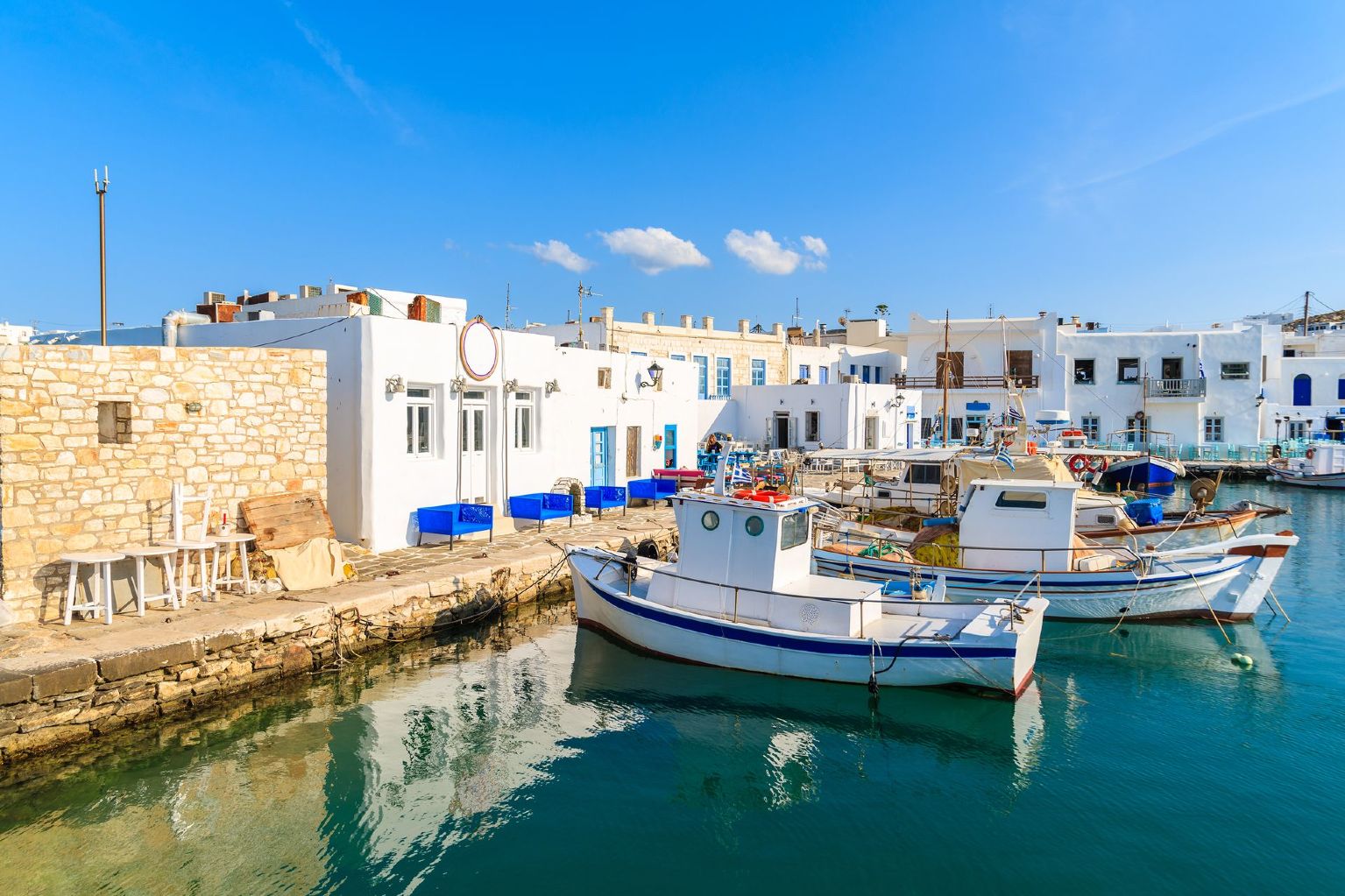 As the Tourwriter platform has continued to develop, the breadth of integrations on offer with other tools has also increased. One of those integrations has been adopted by the Asimina team, allowing them to push their Tourwriter itineraries online . It’s integrations like this that have helped tour operators like Asimina take advantage of all that is available in the market. “It makes our travel itinerary presentations very beautiful….our clients have had raving reviews on its ease of use” said Stella.

Having a more robust system was important for Stella, and her team quickly found security in the team behind the platform as well. “With Tourwriter, we felt that there were people behind the scenes working on their programme to keep it up to date and most importantly, keep us informed,” said Stella. “Our ‘point to’ person helped us tailor make the program to fit our needs and we always know that the support team do all they can to enhance the program for us!” said Stella.

Asimina Tours place enormous value on the people that carefully craft each and every one of their traveller’s journeys. The entire Asimina team live by a shared philosophy that a personal approach is the best way to craft the most meaningful and enriching travel experiences. Finding a software company with shared values has allowed Stella to confidently integrate Tourwriter into her business. 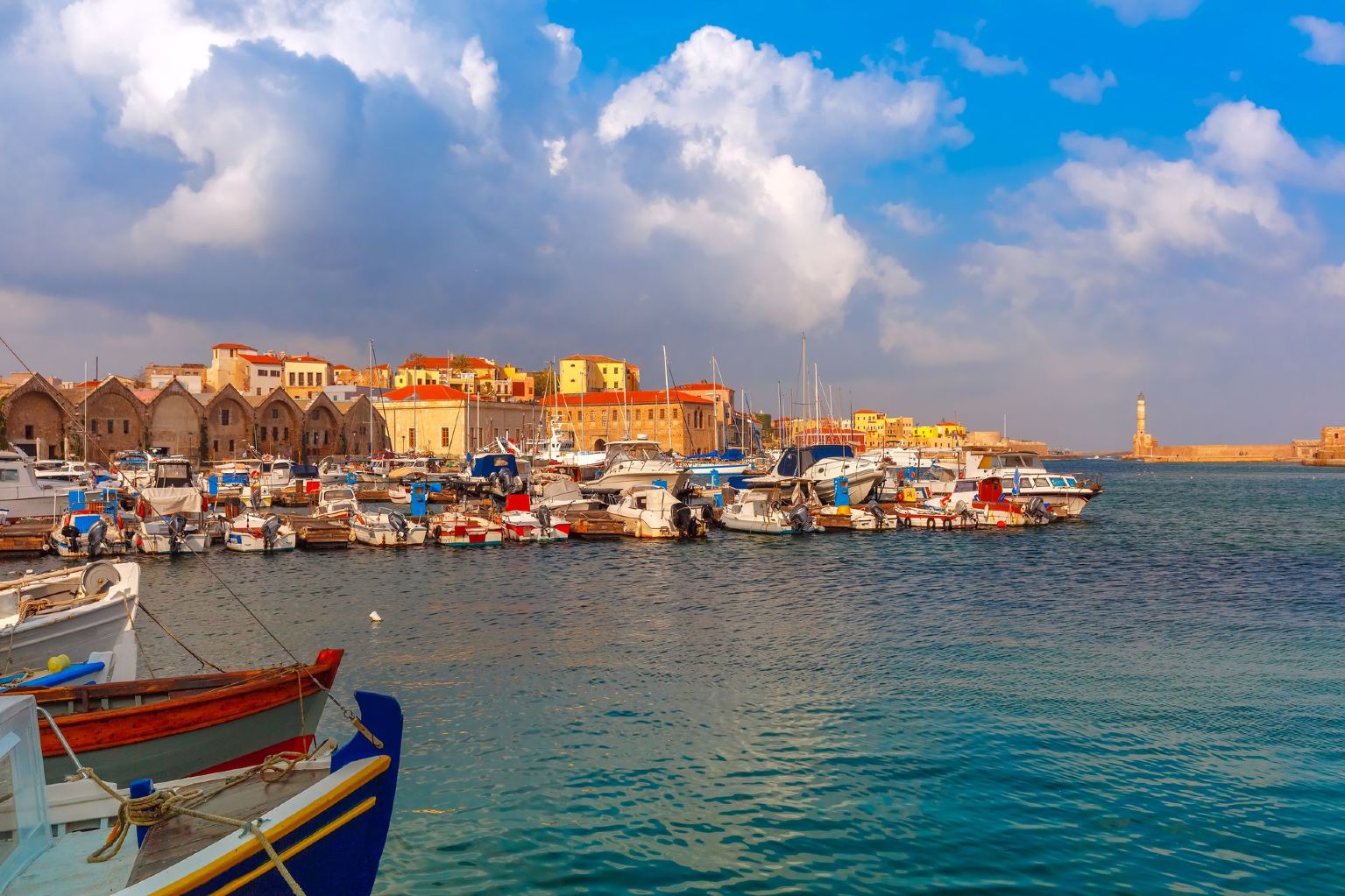 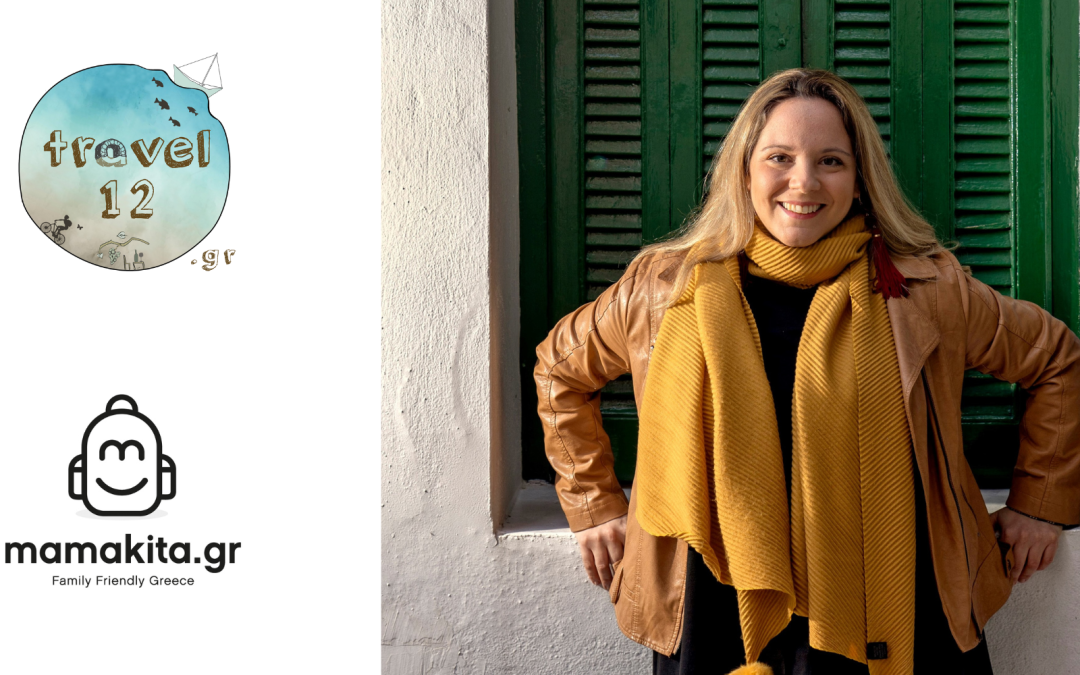 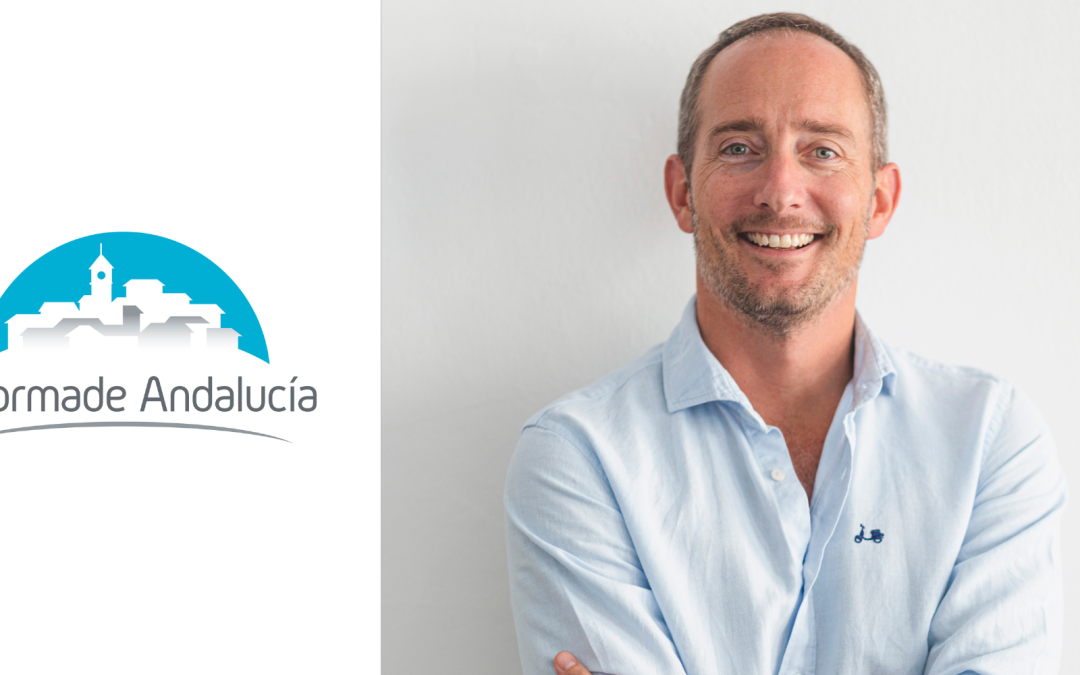 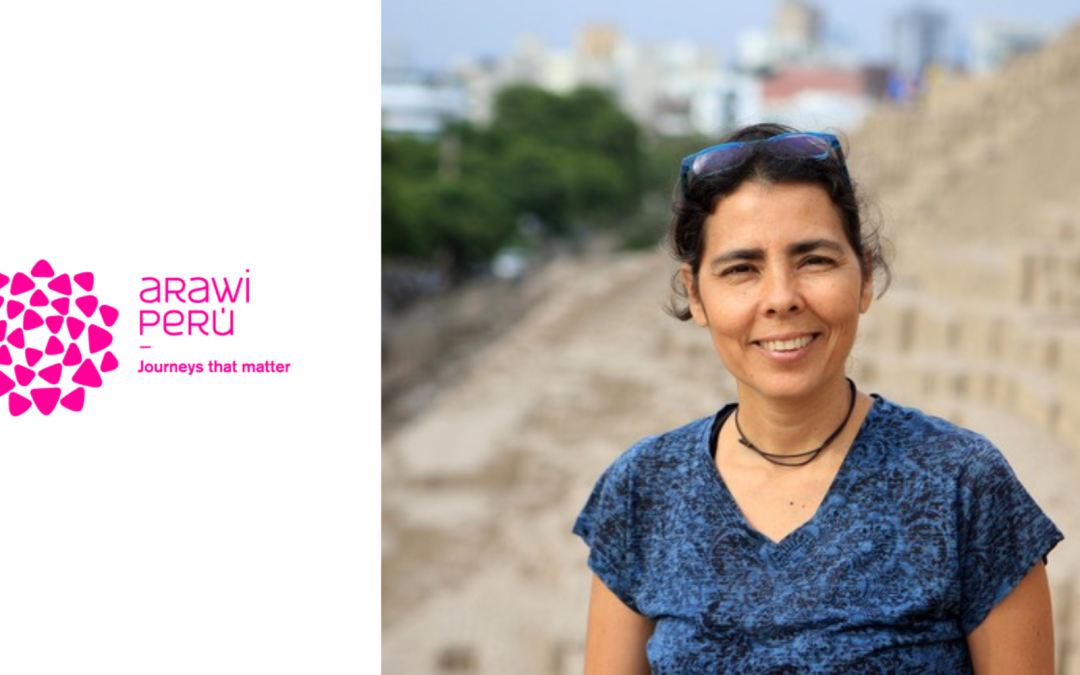 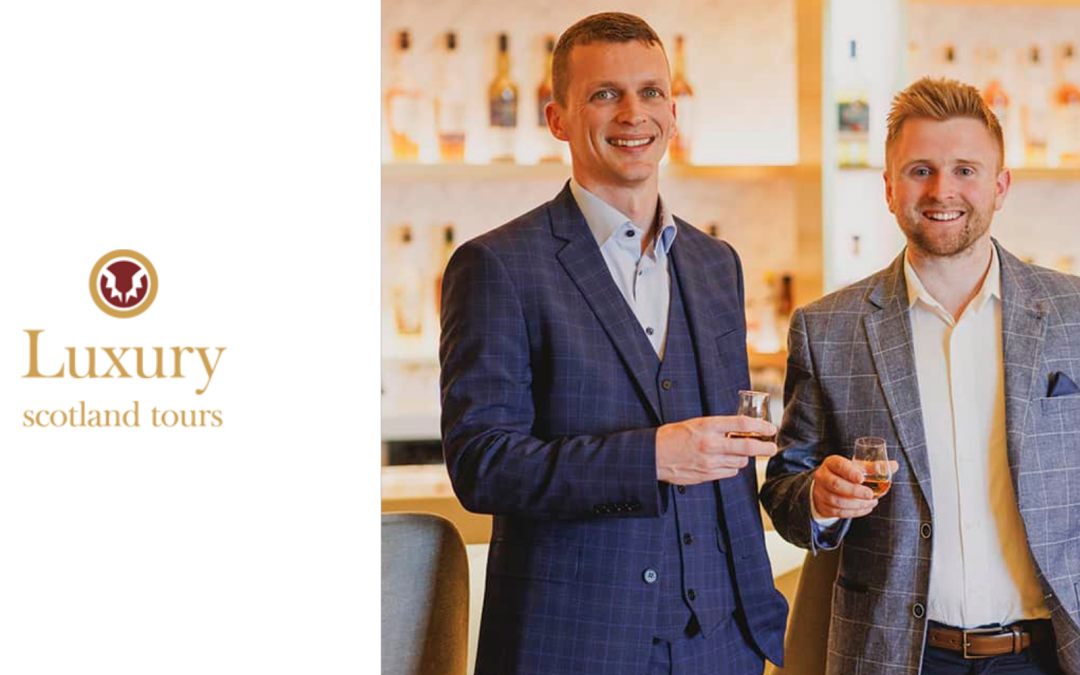